I wanted to start a series of blogs to share some of the stories behind the music, lyrics, production, and process from our most recent release, Shade & Soil.

The story behind track one is a little esoteric and was actually inspired by the etymology of our band name. As you may or may not know, the word "Ethos" was used by the Greeks to describe the power and influence of music. Perhaps it was best illustrated by the story of Orpheus (half-muse and legendary musician) and Eurydice (his bride). As the story goes, Eurydice is stung by a viper on their wedding day; Orpheus, overwhelmed by grief, is determined to enter Hades and bring her back. Basically, he was a badass and his lyre charmed the underworld; no one under the spell of his voice could refuse him. Apollonius of Rhodes tells it like this:

And made Hell grant what Love did seek...

They summoned Eurydice and gave her to him, but upon one condition: that he would not look back at her as she followed him, until they had reached the upper world. So the two passed through the great doors of Hades to the path which would take them out of the darkness, climbing up and up. He knew that she must be just behind him, but he longed unutterably to give one glance to make sure. But now they were almost there, the blackness was turning gray; now he had stepped out joyfully into the daylight. Then he turned to her. It was too soon; she was still in the cavern. He saw her in the dim light, and he held out his arms to clasp her; but on the instant she was gone. She had slipped back into the darkness."

"Shade & Soil" is my conception of the “lament of Orpheus” as he is forced to return to Earth alone...

Stream or download below. Close your eyes and let the music tell the story.

Fading into shade and soil."

Fun fact: No synth pads were used on this track- I recorded all of the atmospheric sounds with crystal glasses & water, bowed electric guitar, and vocals. 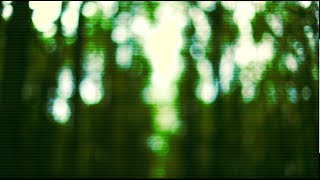